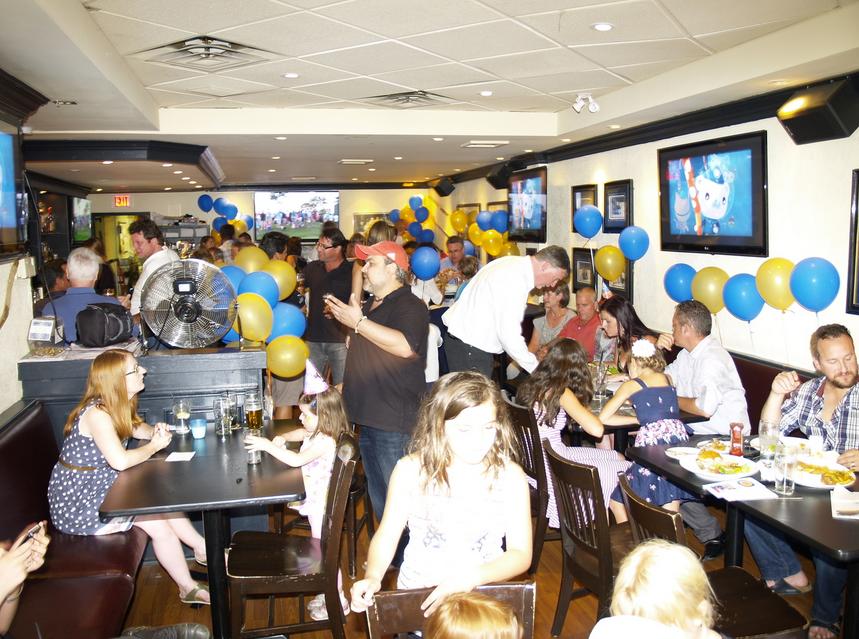 On Thursday, August 22nd, friends, family and supporters gathered at Shakey’s Bar & Grill for a fundraiser in support of the John’s Plate Foundation. Seven-year-old John and his family welcomed more than one hundred guests for a fun-filled evening of food, games, face painting, raffle prizes and a silent auction. The foundation is a non-for-profit organization that raises money for The Hospital for Sick Children. Partner restaurants contributed one dollar from each plate sold to the charity. The special guest for the evening, John, was born with a rare birth disorder called Syndromic Craniosynostosis. Despite having spent considerable time in the hospital over the past seven years, he continues to amaze everyone with his courage and positive spirit. In addition to hosting the event, Shakey’s Bar & Grill also contributed 25% of the evening’s sales.